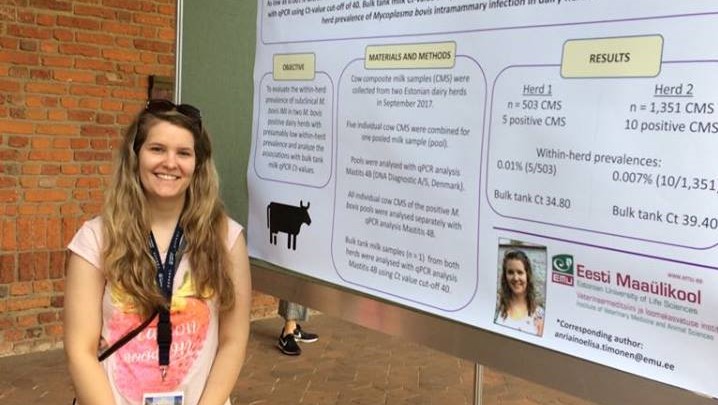 Mycoplasma (M.) bovis belongs to the Mollicute genus bacteria, which lack a cell wall and are the smallest self-replicating bacteria with a parasitic way of life. M. bovis is categorised as contagious mastitis pathogen causing both clinical and subclinical mastitis. In addition to mastitis in dairy cows, M. bovis causes respiratory disease, otitis and arthritis in calves. Acute M. bovis udder infection causes decreased milk yield and udder health leading to economic losses in dairy herds. So far, there is a scant information about the epidemiology of M. bovis intramammary infection (IMI), including the within-herd prevalence of the disease.

Cow composite milk samples (CMS) were collected from all lactating cows from one dairy herd in November 2014 to investigate the within-herd prevalence of M. bovis IMI and to find associations between the presence of M. bovis in CMS and cow daily milk yield and milk composition. The within-herd prevalence of M. bovis IMI was 17.2% in the tested herd at sampling. The daily milk yield of M. bovis positive dairy cows was on average 3.0 kg lower and somatic cell count significantly higher compared to M. bovis negative dairy cows. Similarly, milk fat percent and urea content were significantly lower in M. bovis positive dairy cows. Hence, M. bovis IMI has negative impact on cow milk yield, milk composition and udder health. Active testing of dairy herds should be performed to control the presence of M. bovis infection and effective control measures should be used in infected herds to reduce economic losses.

To evaluate the elimination of the pathogen from infected udder quarters during the dry period, the presence of M. bovis was analysed on cow udder quarter level at dry-off and at the first milking post-partum of all milking dairy cows between November 2014 and May 2015 in one dairy herd. The elimination rate for M. bovis during dry period was 86.7%. We concluded, that M. bovis IMI has negative impact on cow udder health and milk yield also in herds with low within-herd prevalence and the disease should be effectively controlled in dairy operations.

Anri Timonen graduated as a veterinarian from Estonian University of Life Sciences in 2016 and immediately started working on a PhD at the Institute of Veterinary Medicine and Animal Sciences at the same University. She actively participated in the clinic of production animals, in the lab of the research unit from Chair of Clinical Veterinary Medicine and obtained the diploma for degree of Doctor of Philosophy in Veterinary Science in 2020. Passion for dairy herd health and veterinary science are also the driving forces of her future career. 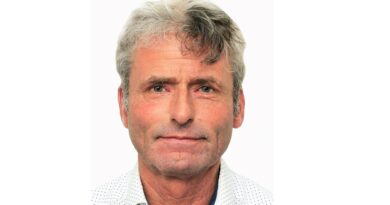 For me, udder health is the outcome of the interaction of many simple things of how cows are managed, such as aspects of milking, milking machine, immunity, environment, and the transition period. Bacteria are everywhere on and around the cow …

Over the past two decades there has been a rapid expansion in dairy cow numbers in China. In 2020, there were just over six million dairy cows. Most people associate China with large dairy herds, but the average herd size … 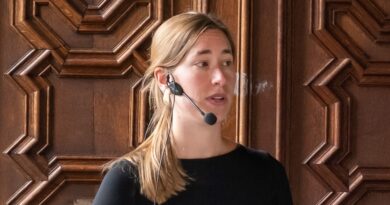 From feces to milk, bovine non-aureus staphylococci are everywhere

Text and picture: Ameline Wuytack Non-aureus staphylococci (NAS) are worldwide the most common cause of intramammary infection (IMI) in lactating cows. This heterogeneous group of bacteria consists of 54 species of which at least 42 have been isolated from bovine-associated …