Dairy cow health and welfare can, with relatively simple and cost-efficient means, be improved by disputing established management practices and make adaptations to the physiology and needs of the modern, high-yielding cow. Presently, it is generally recommended that the dry period covers approximately 8 weeks, but today’s dairy cows are often still in a high milk yield when it is time for drying off, which increases the risk of mastitis and metabolic problems during the dry period.

A postponed dry off procedure decreases the yield at dry-off which could, for example, decrease intramammary pressure, decrease pain in association with high intramammary pressure and reduce the risk of intramammary infection and mastitis at calving. However, a short dry period can reduce the milk yield especially in the early phase of the next lactation. The reduced yield may limit the negative energy balance and thus the metabolic load of the transition cows.  Thus, a shorter dry period potentially improves their fertility. The present project addresses management practices that aim to improve cows’ health and thereby also their welfare and the economy for the milk producer.

An experimental trial was conducted in which multiparous Swedish Red (n=43) and Swedish Holstein (n=34) cows were blocked by breed and parity, and then randomly allocated to two different treatments; a conventional dry period of 8 weeks (8W) or a short dry period of 4 weeks dry period (4W). An observational study was performed using data on 78 577 lactations from cows enrolled in the Swedish Official Milk Recording Scheme.

The experimental and observational studies both showed that shortening the dry period resulted in a reduction in milk yield during the following lactation. However, when the milk produced during the extended lactation was added, the difference diminished. Cows with a dry period of >70 days also had a decreased milk production, however they did not compensate for the loss, because of their long dry period before calving. Feed intake was virtually identical between cows subjected to a short and conventional dry period. The reduced milk production while feed intake was maintained in 4W cows improved their energy balance markedly. Cyclicity and commencement of luteal activity was not affected by dry period length in the experimental study and no effects of a shortened dry period on health and fertility traits were observed in the observational study. However, culling rate was lower in cows with a shorter dry period and culling rate was higher for cows with a dry period >70 days. Cows with a dry period of > 70 days also had a less chance of being pregnant 30 days after the herd’s voluntary waiting period. There was a tendency to higher mastitis frequency in cows on a short dry period. Somatic cell counts did not differ between the dry period length groups, but cows on a long dry period (>70 days) had higher somatic cell counts in the third month of lactation. Cows of the different breeds and of different parities responded similarly to changes in dry period. The volume of colostrum was reduced, but the protein content was higher, in cows with a short dry period. The immunoglobulin G status of calves was not affected by the dry period of their dam.

In conclusion, this research shows that energy balance and metabolic status improve, but not health and fertility, in cows subjected to a short dry period. The reduction in milk yield after calving is compensated for by additional yield prior to calving. 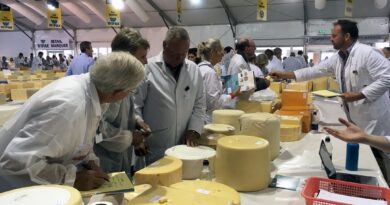 Quality milk at the heart of award-winning cheese 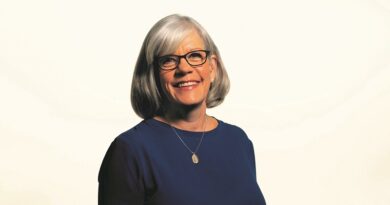 A bright future for milk quality

Milk quality has evolved over the last several decades from a focus on control of contagious pathogens through improvements in milking technique and blanket dry cow treatment addressing the challenges of environmental mastitis. This can be attributed in large part … 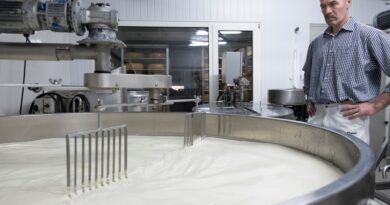 Bovine mastitis is a very common disease in dairy herds worldwide. In Switzerland, the incidence density is 32.7 cases per 100 cow years (Stärk et al., 1997), resulting in total costs of about CHF 130 Mio. per year (Heiniger et…...