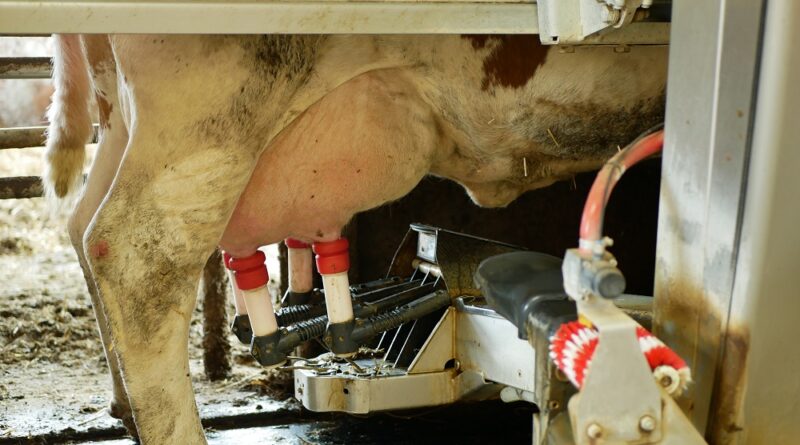 The 32nd British Mastitis Conference (BMC) was held on 11 November 2020 and, due to the Covid 19 pandemic, was held as a virtual conference for the first time. Unfortunately, the workshop on mastitis data management and control, with emphasis on machine milking was postponed but will now be held on 9 November 2021. The organisers report that the virtual conference was very well subscribed with around 20% more delegates than usual. There was another increase in the number of non-UK based delegates registering. As with most scientific conferences, BMC could not be held without the continuing support of sponsors, with Vétoquinol again offering Platinum sponsorship. The conference is aimed particularly at veterinarians, farm consultants, research scientists, students and academics, in fact at anyone with an interest in dairy farming and mastitis. The organising and scientific committee bring together a mix of researchers and practitioners from both the UK and further afield, and for the 2020 conference speakers were invited from Belgium as well as the UK, with Knowledge Transfer (KT) papers presented from France, the Netherlands, the USA and the UK, many as collaborations with researchers from further afield.

The first speaker was Andrew Bradley, Quality Milk Management Services Ltd, Wells, UK and University of Nottingham, UK, who discussed Selective dry cow therapy at the quarter level – an update. Andrew reported that the importance of the dry period in mastitis epidemiology and the roles of antibiotic dry cow therapy and internal teat sealants are well established. However, continued pressure on the use of antimicrobials in food producing animals, especially prophylactic use, means that the use of antibiotic dry cow therapy is an area that the industry is looking closely. Although the selective use of antibiotic dry cow therapy at the cow level is well established, the selective use at quarter level is less well understood. Andrew reported on the findings of a large UK study investigating selection of antibiotic treatment at the quarter level in both low and high SCC cows at drying off using the California Mastitis Test (a low cost and widely available method for assessing SCC). The data analysed in this study suggests that in herds with a low SCC and low prevalence of contagious pathogens there is no justification for the general use of supplementary antibiotics in CMT positive quarters in low SCC cows at drying off. However, there may be scope to further reduce antibiotic use by withdrawing antibiotics from low SCC (CMT negative) quarters in high SCC cows. Andrew did advise that such an approach should be implemented with care and only when a mechanism for monitoring the likely impact is in place.

Four KT posters were selected for oral presentation. Doug J. Reinemann, University of Wisconsin, USA presented research on Dynamic vacuum control strategies and review of ISO guidelines for milking vacuum. Georgios Oikonomou, University of Liverpool, UK presented a study on Applying internal teat sealants at drying off; Does full versus partial insertion of the tube cannula matter?. Erik Grandemange, Vétoquinol, France presented the results of a study on Injections of penethamate (Permacyl®) for the treatment of clinical mastitis in lactating dairy cows in association or not with an intramammary suspension of cefalexin+kanamycin (Ubrolexin®). The final KT presentation was by Huw McConochie, Zinpro, the Netherlands on High somatic cell counts are not always a consequence of intramammary infections: a review.

After the lunch break Lisa Morgans, Innovations for Agriculture, Stoneleigh, UK presented a paper on Inspiring and supporting change on farm: Making it happen!. Lisa advised that the gap between science and practice is often cited as a cause of poor uptake of advice, low technology adoption rates, reluctance to change behaviours and poor compliance with regulation. Agricultural Extension aims to reduce this gap and had evolved significantly over the last few decades to become more participatory and bottom-up, reflected in the relatively new title of knowledge exchange. Lise reported on a study she had carried out to better understand how a participatory approach based on the Danish Stable Schools could help to achieve practical, farmer-led changes that reduced reliance on antimicrobials in the UK. The study involved five facilitated Farmer Action Groups comprising 30 dairy farms across South West England who met on farm at regular intervals between 2016 – 2018 and worked collaboratively within their groups to discuss how to reduce antimicrobial use. Thirty practical action plans were co-developed by the groups with 83.3% implementing more than a third of the action plan within a year Lisa advised that farmers particularly valued the peer-to-peer learning during farm walks and facilitated discussions, which empowered them to change practices. Participants identified knowledge gaps during the project, particularly on highest priority critically important antibiotics. Lisa concluded that facilitated, farmer-led, participatory approaches that mobilize different forms of knowledge and that encourage peer learning are a promising way of inspiring and supporting change on farm, with and by farmers.

Tom Greenham, Advance Milking, Whitchurch UK, looked at Mastitis control in automatic milking systems. Tom reported that Automatic Milking Systems (AMS) was continuing to gain popularity in the United Kingdom and north-west Europe. The majority of new AMS installations are in existing dairy herds that have previously operated using conventional machine milking. The conversion process allows comparison between udder health performance before and after conversion. Tom stated that a deterioration in udder health was common following the transition to AMS and that there were usually multiple causes for this poorer performance, some of which are transitory but others more long lasting. To maintain cow health and milk quality at acceptable levels the specific risk factors associated with automatic milking needed to be identified, understood and mitigated. Tom identified the specific risk factors for intramammary infection in AMS as milking frequency and interval, farm infrastructure, concurrent disease on the farm, teat hygiene, machine hygiene, milking conditions, mastitis identification and treatment regimes. However, Tom concluded that in spite of these challenges, a move to AMS does not make poor udder health inevitable.

The final paper of the 2020 virtual BMC was the now regular presentation of practical mastitis case studies. The paper, as in 2019, was presented by James Breen, University of Nottingham and Evidence Group, Cumbria, UK who reported on Using the ‘QuarterPRO mastitis control scheme in practice: Overview and herd examples. James reviewed the new UK national scheme for mastitis control (“QuarterPRO”) which was launched by AHDB Dairy in conjunction with University of Nottingham and QMMS Ltd. in February 2020. The aim of which is to provide an accessible route to the control and prevention of mastitis on farm. The QuarterPRO scheme incorporates rapid analysis of data with provision of research-led resource material. This is freely available and importantly, the control scheme is built on the under-pinning research and evidence base behind the highly successful Dairy Mastitis Control Plan, both in the use of data analysis and interventions. Farmers, veterinary surgeons and advisors are able to use novel and bespoke software to convert and present a dairy herd’s milk recording and clinical mastitis data such that the predominant “pattern” of mastitis on farm is shown, i.e. one of predominantly contagious mastitis infection patterns, environmental lactating period origin infections or environmental dry period origin infections. Having used this Pattern Analysis Tool, the appropriate mastitis pattern resource material is consulted for ideas on those control measures that are likely to be important to put forward in discussion with the client. Finally, the QuarterPRO scheme encourages this process to be repeated every three months (i.e.quarterly), such that mastitis control is based on a predictionof the main mastitis Pattern, vets and advisors reactusing the appropriate Resource material, and this helps optimisethe control of mastitis in an Ongoing manner. James then presented and discussed aspects of the QuarterPRO scheme from a practical standpoint, giving some “real-life” examples to illustrate the benefits of the scheme.

The 2021 BMC will be held on Wednesday 10 November 2021, with a workshop on the previous day. More information is available at www.britishmastitisconference.org.uk where all previous proceedings are available to download, together with recorded presentations from the 2020 virtual conference.

For me, udder health is the outcome of the interaction of many simple things of how cows are managed, such as aspects of milking, milking machine, immunity, environment, and the transition period. Bacteria are everywhere on and around the cow … 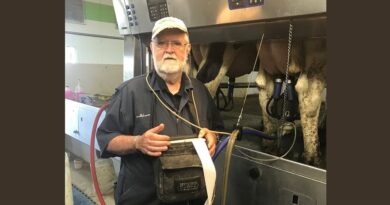 While dairy equipment, genetics and even pathogens have seen tremendous change over the last decades, not much has changed in terms of mastitis management. Dairy managers who want to produce and harvest healthy milk still need a whole-picture view, taking…... 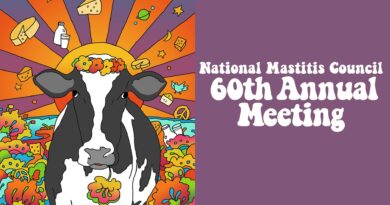 Text: JoDee Sattler Once again, the National Mastitis Council (NMC) expanded its global presence at its annual meeting. Typically, 25 percent of attendees reside in a country outside of the United States. That number rose to 38 percent in 2021. …