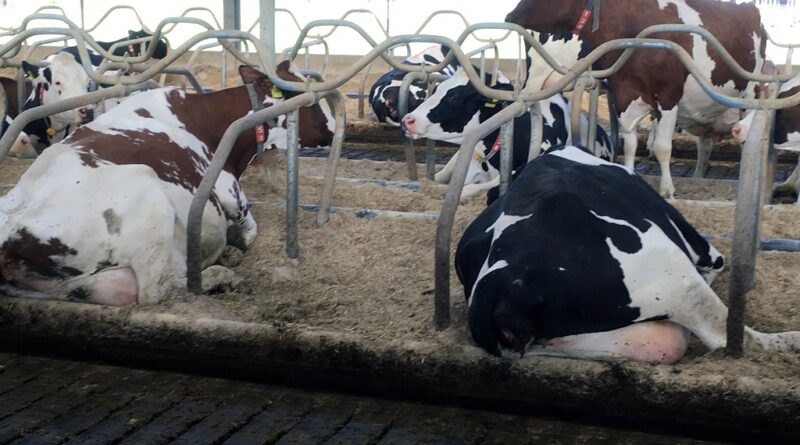 Until recently, blanket dry cow therapy was standard practice and long considered the best way to avoid mastitis during the more vulnerable parts of the production cycle, before drying off and at the end of the dry period. While infusing all quarters with a long-lasting antimicrobial at the time of dry off has advantages, researchers have found that blanket dry cow therapy is no longer a necessary practice for well-managed herds. Dr. Mark Holsteg of the Dairy Cattle Health Service (Rindergesundheitsdienst) in Germany explains how the selective dry cow therapy program works at Haus Riswick, an agricultural research and training center located in Kleve, Germany, and the results of its implementation.

Five years ago, Holsteg started the trial at Haus Riswick with easy benchmarks. Cows suitable for selective dry cow therapy should have a somatic cell count of less than 150,000 at dry off, he said. They cannot have had mastitis in the previous three months, and they cannot be a known carrier of Staphylococcus aureus because the pathogen is still prevalent in the herd.

“Cows we know have S. aureus are put into a different therapy group,” he said.

In the days leading up to drying off, cows eligible for participation must have a

negative California Mastitis Test result, and the quarters have to be equal.

The reason for doing this, he said, is because it is easy for pathogens to jump from one quarter to another once infected. So, he said, when we apply therapy to one quarter, we apply it to all four quarters.

Internal teat sealers are used for cows that do not get antimicrobials, said Holsteg. The sealant, he said, prevents microorganisms from getting into the udder via the teat canal.

“The biggest problem with not using antimicrobials is that the farmers are not clean enough to use teat sealers,” said Holsteg.

Clean housing conditions are crucial to the success of selective dry cow therapy programs, he said. The bedding of dry cows must be clean too. Some farmers will require good advice before making the transition. He suggests that this is the role the veterinarian should be playing.

Equally important to housing conditions is the milking routine, which can have a profound impact on the incidence of mastitis in a dairy herd. Holsteg reminds farmers that contagious forms of mastitis spread easily via milking equipment and even by way of the milkers themselves.

To avoid the transfer of contagious pathogens, he recommends wearing gloves during milking. Foremilk stripping into a strip cup is also recommended. Following that, he recommends that producers pre-dip with foam to clean the teat and to stimulate oxytocin release. Use a separate dry towel to wipe off and dry teats thoroughly. Finally, workers should wash their hands thoroughly before and after coming into contact with each new cow.

“Teat sealants are a useful tool to reduce the likelihood of quarters which are healthy at dry off becoming infected in the dry period and consequently should reduce your mastitis rate in the next lactation without having to use antibiotics,” he said.

In the beginning, farmers were understandably skeptical that a reduction in antimicrobial use was possible, especially at the vulnerable drying off stage. They were certain, said Holsteg, that udder health would decline and that the change would lead to loss in the herd. The trials were designed to show farmers that an easy no-fail program could have positive results. There results showed just that.

In the trials conducted at Haus Riswick in 2013, the 112 participating cows were divided into three treatment groups: those treated with antimicrobials, those that were not, and those with S. aureus. Where selective dry cow therapy was implemented, trial results showed that there was no significant difference between the first two groups regarding the occurrence of clinical mastitis, new disease rate and cure rate, said Holsteg. Overall, a one-third reduction in the use of antimicrobials at dry off was possible.

With regards to the third group, which was infected with S. aureus, there was no difference in cure rate regardless of whether or not antimicrobials were used because these cows were all incurable, said Holsteg.

Blanket dry cow therapy is not longer an acceptable practice, concluded Holsteg. However, selective dry cow therapy may not be an option for all herds. In herds with a high incidence rate of mastitis, he said veterinary advice should be sought.

“Selective dry cow therapy is easy to implement on farm and will reduce the use of antibiotics,” Holsteg concluded. 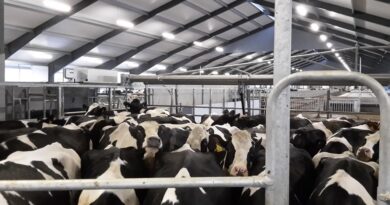 The 2019 International Dairy Federation Mastitis conference takes place from 14 to 16 May 2019 in Denmark with a technical tour scheduled for 17 May. 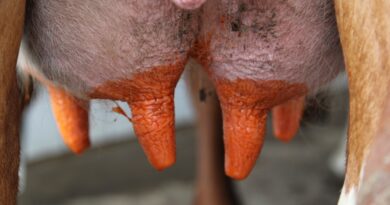 Contagious mastitis mainly causes subclinical infection resulting in raised somatic cell counts. Cell counts are measured in hundreds of thousands and a cell count of 200,000/ml is commonly referred to as 200. High cell counts are undesirable as they have…... 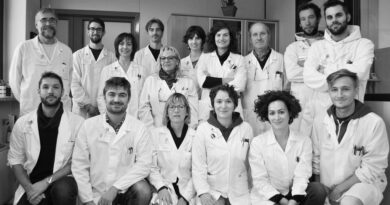 Agrilab: How we deal with mastitis management in Italy

Agrilab is a laboratory in the province of Cuneo, Piedmont in Italy that, since 1978,… This content is for M²-DIGITAL, M²-PREMIUM and NMC members only.Login or  Join Now and get instant Premium access....