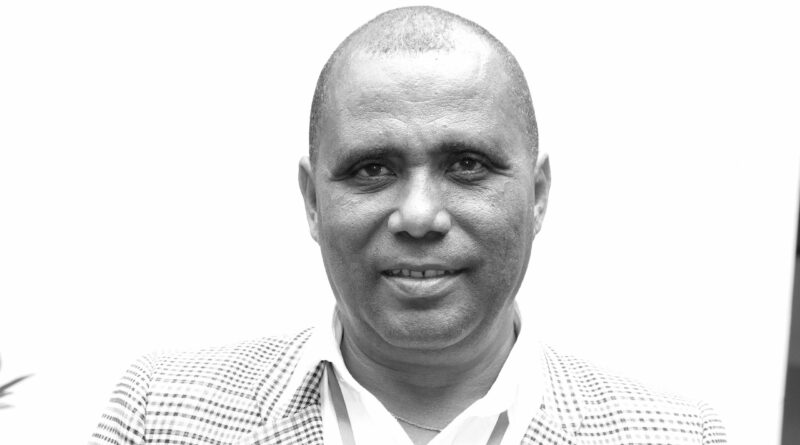 Mastitis remains an economically important disease in the dairy industry worldwide. The general aims of this thesis are to investigate milk production, quality and consumption and to study the prevalence of mastitis and associated risk factors at herd, cow and quarter level in Jimma, Ethiopia.

The average dairy farm, which consisted of five lactating cows, produced 43 liters of milk per day and was owned by literate adults. Milk was sold to retailers (71 per cent) and directly to customers (25 per cent) without any quality control, whereas 4 per cent was self-con

Antimicrobial residues were detected in 20 per cent of all milk samples. Staphylococcus aureus was isolated from 12 (38 per cent), 13 (33 per cent), and two out of three of the milk samples originating from the dairy farms, the milk retailers, and the milk collection centers, respectively. Seven (26 per cent) of the isolates were resistant to oxacillin suggesting the presence of Methicillin Resistant Staphylococcus aureus or MRSA (Lee, 2003). 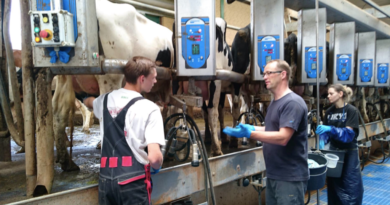 Dr Michael Farre is the senior specialist veterinarian at SEGES Livestock Innovation, the national advisory centre in Denmark, which is… This content is for M²-DIGITAL, M²-PREMIUM, M²-INSTITUTIONAL & NMC members only. Log in if you have a valid subscription and … 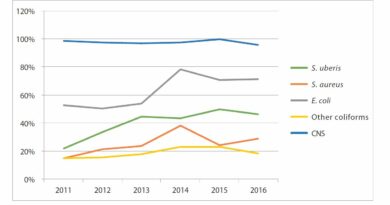 UDDERCHECK®: Knowledge of pathogens is the most useful tool to establish a correct mastitis control program

Can you imagine a world without mastitis in dairy cows… It sounds like utopia, doesn’t it? In recent years, many milk quality programs have helped dairy farmers worldwide to control mastitis. But still bovine mastitis continues to be the most … 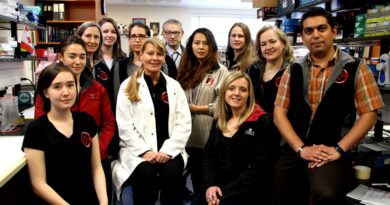