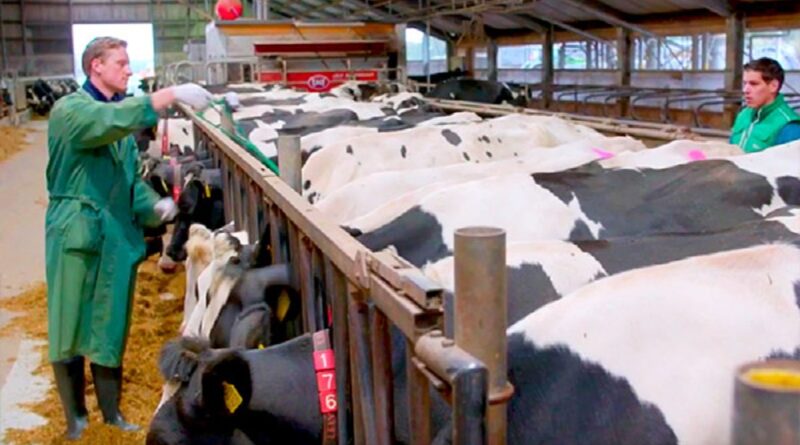 Recurrent inflammation of the udder caused by Streptococcus uberis is very costly, mainly due to loss of milk production, the cost of medicines and the discarded milk, but above all it causes a lot of annoyance. But there is one interesting example from the Netherlands where the farm successfully dealt with this frustrating pathogen. Would you like to know how they did it?

The Van den Wijngaard family lives in The Netherlands, and has about 150 dairy cows and an average annual production of 10,160 kg of milk.

For a few years, it had been struggling with a high proportion of mastitis with more than 40% of cows affected by mastitis due to Strep. uberis in the majority of cases and also E.coli as a causative agent in the severe cases.

These percentages indicate that there were too many new infections (namely 13%, the target value is below 10%) but above all that the cows with a newly increased somatic cell count did not recover well, so that the total percentage was increased by 23%, still well above the target value of 15 %.

Because of all the above, the farm started to vaccinate with UBAC®, in 2019, as too many cows were affected by Strep. uberis.

After 1 year of vaccination, it became clear that the vaccination had given us a result.

These numbers indicate nicely that the vaccine reduced the number of clinical mastitis cases, but also that the severity of the Strep. uberis mastitis that still developed decreased.

“On this farm, vaccination with UBAC® achieved 50% less mastitis caused by Strep. uberis and a significant drop in the tank cell count”

After vaccination, the cows became less likely to have a long-term cell count, which is reflected in the percentage of cows with a decreased cell count and the decrease in the tank cell count.

A good result for the livestock farmers because, in addition to a financial profit, less mastitis also meant less frustration and greater peace of mind.

CAN VACCINATING AGAINST MASTITIS SAVE MONEY?

One of the reasons why this bacterium has been referred to as the frustrating cause of mastitis is that it often responds poorly to treatment.

The result is chronic high cell count cows or even cows that, despite treatment, get clinical mastitis every time. These chronic and repeated infections lead to increased antibiotic use and are expensive.

Streptococcus uberis mastitis costs an average of EUR 230 to EUR 288 per case1. On average, depending on the duration of treatment, we assume EUR 260 per case.

When we look at the profit on this farm, we see that vaccination has already yielded a profit of EUR 6,500 euros for the clinically mild (Strep. uberis) cases alone!