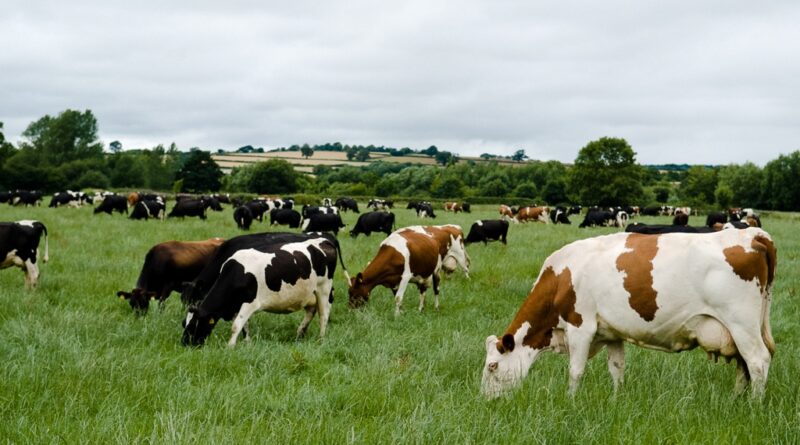 Have you ever wondered why Staphylococcus aureus mastitis has still not been eradicated on dairy farms despite the enormous amount of information in the literature about how to control this disease and despite all the effort and money that has been invested in its eradication in the field? The answer is simple: the fast transmission of contagious pathogens such as S. aureus from infected to uninfected animals just does not allow for easy control and eradication. At the same time as one infected animal has been culled or successfully treated, there might be more 5 newly infected cows following on. The key to successful eradication of S. aureus mastitis lies in finding a holistic approach. Control programmes for S. aureus mastitis include a variety of management procedures,
such as an optimal milking routine, post-milking teat disinfection, the use of a well-functioning milking machine, segregation of known infected animals, culling of chronically infected animals, treatment of recently infected quarters, and the use of dry cow therapy, to name the most important ones. As vaccines strengthen the cows’ immunity and make them more resistant to invading pathogens, vaccination against mastitis could obviously be another valuable tool
in the control of Staphylococcus aureus mastitis. Especially since the use of antimicrobials in farm animals is increasingly subject to criticism.

Recently, a novel vaccine, Startvac®, has become available for herd immunization of healthy cows and heifers. Besides the inactivated Escherichia coli (J5) strain, this vaccine also contains an inactivated S. aureus strain expressing the slime-associated antigenic complex (SAAC) and an adjuvant. Hypothetically, protection could be the result of the increased opsonization of bacteria via increased antibody concentrations in blood and milk combined with more efficient
phagocytosis and killing of bacteria by neutrophils. Enhancement of neutrophil viability and activity could be another potential mechanism. The main objective of the study outlined here was to explore the effect of vaccination with Startvac® on the early immune response after an experimental intramammary challenge
with a killed heterologous S. aureus strain on milk production, clinical signs, milk neutrophil concentration and viability, the concentration of SAAC-specific and J5-specific antibodies and their IgG1 and IgG2 subtypes in both blood and milk.

In total, 4 nonlactating Holstein heifers and 4 Holstein cows were included in the intramammary challenge study. Half of the animals were vaccinated with Startvac® at 45 and 10 days before calving and half served as nonvaccinated controls. At 15 days after calving, 2 contralateral quarters of each of the 8 animals were challenged with 2 x 109 cfu/ml of the formaldehyde-killed S. aureus strain. The other 2 quarters were infused with a phosphate buffered
solution and served as control quarters. Several blood samples were collected at 45 days before calving, 10 days before calving and 15 days after
calving just before inoculation. Several quarter milk samples were collected at different time points before and after inoculation.

All the animals remained clinically healthy during the trial period. Twelve hours post-challenge, all the quarters inoculated with the killed S. aureus strain were PCR-positive for S. aureus. Nevertheless, quarters from vaccinated animals had up to 20 times higher odds of being free of S. aureus two days post-challenge than non-vaccinated animals (P = 0.04). In the non-vaccinated group, the average daily milk yield tended to decrease from 34.2 kg/day at 15 days after calving to 30.5 kg per day at 16 days after calving (P = 0.06).

In conclusion, vaccinated cows had a less severe inflammatory reaction after inoculation with a killed heterologous Staphylococcus aureus strain compared to non-vaccinated animals. The less severe inflammatory reaction smoothed the expected drop in milk production in the first days after challenge in the vaccinated animals only. The immune response against E. coli after vaccination was less pronounced than the immune response against S. aureus. Vaccination with Startvac® caused an increase in the SAAC-specific antibody concentration in milk. Those antibodies have a specific affinity for Staphylococcus aureus
bacteria and therefore bind to the surface of the inoculated bacteria. In other words, the SAAC-specific antibodies triggered the opsonization of the inoculated Staphylococcus aureus bacteria, apparently resulting in a more efficient immune response and elimination of the bacteria from the mammary gland. ■