Many cows will experience mastitis during a lactation cycle, with some undergoing recurrent episodes in a single mammary quarter. The initial focus of our research was the effect of intramammary casein hydrolysate (CH) administered to single mammary quarters of dairy cows mid-lactation in comparison with a placebo (P) or no infusion (N). Impacts were measured as decreases in cow–level somatic cell count and the resumption of milk production following calving. Following intramammary infusion (IMM) and involution of the single mastitic quarter, decreases in cow–level SCC (–966,000/ml) and milk production (–11 lb (5 kg), –14%) from the 3 remaining lactating quarters were significant for all cows combined. Cows treated with CH (n = 17) had a significant decrease in cow–level SCC (–1,150,000/ml) for the remainder of the lactation period. All CH treated quarters produced milk after calving, and their proportion of total–cow milk production (24%) was not different than before treatment (28%). After calving, treated quarters’ decrease in SCC was significant for CH (–2,763,000/ml; n = 14) and N (–5,324,000/ml; n = 5). Of 16 quarters with positive milk culture before treatment that completed the protocol, 88% (14/16) were cured (no isolation of the same bacteria for 3 weeks following calving). A new intramammary infection (IMI) was detected in 67% (18/27) of previously treated quarters post–calving.

A second study was developed from these results which compared rates of mammary involution when using IMM of CH alone, with standard dry cow treatment (DCT), an internal teat sealant (TS), or all three together. Control quarters received only DCT and TS. This study was divided into two groups of cows: pregnant animals due to dry who were followed to calving and non-pregnant animals, >300 days in milk, who were euthanized and glands were dissected after treatment. Differences were assessed by changes to biochemical markers in milk, bacterial cure rates and milk weight production in cows followed through to calving or by quantitative histological changes in mammary tissues. In the first group, there were no significant differences in bacterial cure rates between treatment groups and milk production was not different between control or treated udder halves post-calving. Cows that received CH alone were associated with increases in some biomarkers of involution earlier in the dry period compared to the other treatment groups and to control quarters. In the second group, results of tissue changes were variable between treatment groups but all were associated with earlier histological indications of mammary involution than controls at both 2 and 7 days after treatment.

Overall, these studies demonstrated that casein hydrolysate has some efficacy in inducing mammary involution of a single quarter mid-lactation and also potentially as an alternative dry cow treatment. None of the animals treated in these studies displayed any symptoms of pain or discomfort, and all treated quarters resumed milk production after the next calving. Additionally, all antimicrobial milk tests on treated animals were negative. Casein hydrolysates may be a useful management tool for milk quality and animal health within the dairy industry. 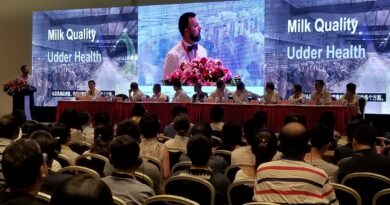 As dairy farms decrease in number but grow in size, management styles shift, and so too does the role of… This content is for M²-DIGITAL, M²-PREMIUM, M²-INSTITUTIONAL & NMC members only. Log in if you have a valid subscription and … 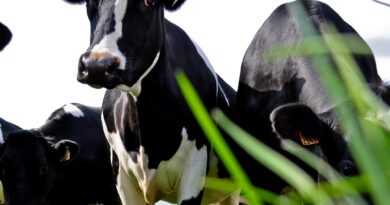 Think you know everything about bovine mastitis?

2019 marks the 30th anniversary of the invention of the world wide web. This content is for M²-DIGITAL, M²-PREMIUM, M²-INSTITUTIONAL & NMC members only. Log in if you have a valid subscription and continue your reading Or Join us today …