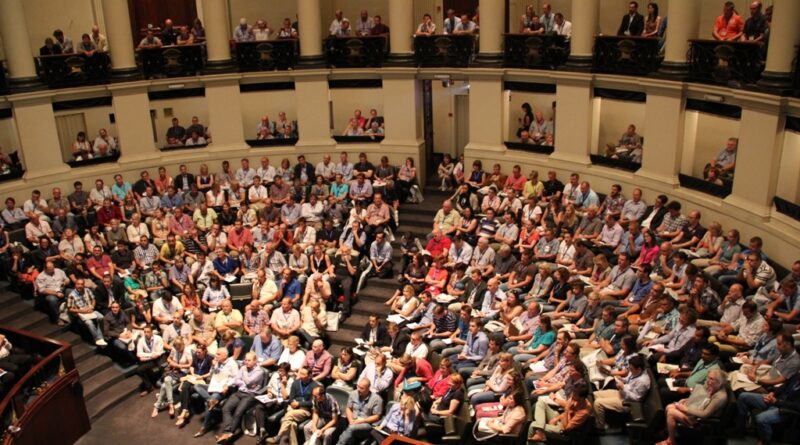 The National Mastitis Council, a not-for-profit organization devoted to reducing mastitis and enhancing milk quality, holds an annual and regional meeting each year. In previous years, the regional meeting has been held in the U.S. This year, however, the organization held its first meeting outside of North America. Teaming up with Ghent University and M-team, this year’s meeting took place in Ghent, Belgium. Previous meetings drew smaller crowds of 150 or so, but this year, the meeting attracted 650 individuals, hailing from all around the world.

The National Mastitis Council currently has close to 1,500 members in more than 40 countries around the world, including researchers, veterinarians, dairy producers and industry advisors.

“Our vision is that we’re a global information source for the production of quality milk,” says NMC President John Middleton. “The National Mastitis Council in and of itself does not fund research, but rather we synthesize that information and put it together for the end user who is interested in milk quality.”

The NMC produces education material, establishes guidelines for mastitis control methods, develops protocols for determining the effectiveness of mastitis control products and hosts seminars, like the annual and regional meeting.

Speakers at this year’s NMC meeting were divided into two programs: a scientific program and a technical program. The scientific program lasted a day and half and included a variety of speakers. On day one, three speakers shared their views on the use of antimicrobials in the prevention and cure of mastitis. On the meeting’s second day, Luc De Meulemeester from the Milk Control Centre in Belgium spoke on how milk quality in Belgium, specifically in Flanders, has improved since the 1960s.

Pamela Ruegg, University of Wisconsin, spoke about the importance of the responsible use of drugs. Most cases of clinical mastitis, she says, are mild. Treatment should be based on diagnosis, she says, and before that treatment is administered, the medical history of the cow should be reviewed. “Based the duration of therapy on your knowledge of the case,” she says. “And do not administer antibiotics to cows who will not benefit from them.”

Greg Keefe, ‎dairy veterinary research chair at University of Prince Edward Island, presented on the importance of the dry period and dry cow management. In North America, he says, the most common approach to dry period mastitis is “to infuse all quarters of all cows with dry cow therapy after the last milking,” but this has raised concerns about the overuse of antimicrobials.

“As an alternative to blanket dry cow therapy, a selective antimicrobial treatment of cows at drying off, based on infection status, has the potential to reduce the amount of antimicrobials used on dairy farms,” he says. “However, in order to be successful, selective dry cow therapy requires a method to determine a cow’s end-of-lactation infection status so that appropriate treatment decisions can be made.”

Much of the discussion at this year’s meeting focused on the reduction of antibiotic use. Ruegg, for example, gave a lively presentation that addressed the application of scientifically based practical strategies to reduce the dependence on antibiotic therapy.

“In some cases, the risk is perceived rather than real,” she says. Farmers, she continues, have started recording the severity of cases and almost all are mild in nature. She recommends that producers base their treatments on individual diagnoses. Treatment should only be performed if the individual cow’s medical history has been reviewed, and the duration of therapy should be based on the producer’s knowledge of that individual case.

“Extended duration intra-mammary mastitis therapy should not be used for all cases,” she says. “And do not administer antibiotics to cows who will not benefit.”

Another major focus of the three-day event was on emerging and existing pathogens. Larry Fox, Washington State University, for instance, provided an update on two emerging pathogens: Mycoplasma and Prototheca. Mycoplasma mastitis has been increasing in prevalence over the last decade or so. The problem appears to be associated with the increasing herd size, Fox says. While transmission has traditionally been thought of as a hygiene issue, evidence now suggests nasal discharge is the major source of transmission.

While the number of Prototheca cases worldwide has been increasing, unfortunately the epidemiology of these outbreaks has been less clear, he adds.

Joe Hogan, Ohio State University, provided an update on environmental pathogens, including Streptococcus uberis, Klebsiella and Escherichia coli. A significant source of mastitis pathogens, he says, is bedding material, particularly organic bedding like straw, wood and recycled or composted manure. Efforts to control mastitis populations in housing systems that use organic bedding have been successful for the most part, he says. The best solution is to replace the bedding daily. This will reduce teat end exposure to coliforms.

Attendees were also offered the opportunity to participate in a variety of short courses and practical sessions, as well an opportunity to visit a commercial dairy farm and the Milcobel cheese plant. Event planners even included time for socializing, inviting attendees to network at the opening reception at the University of Ghent and to a conference dinner at the stunning Gravensteen castle in the city’s center.

Sarne De Vliegher, 2014 NMC regional meeting program chair and associate professor, Faculty of Veterinary Medicine, Ghent University, says the event was a real success. Those who missed it are invited to attend next year’s regional meeting in Syracuse, New York, scheduled for the end of July.

For additional information, go to www.nmconline.org 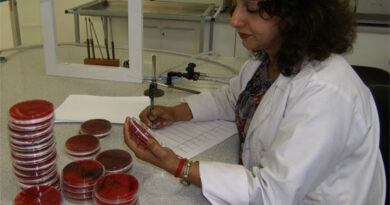 Compared to other countries, there is very little data available on the diversity, epidemiology and virulence potential of mastitis-causing bacteria in South African dairy herds. That will soon change, though, as Allerton Provincial Veterinary Laboratory has initiated a number of…... 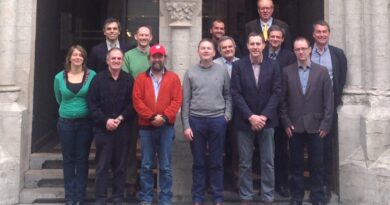 The Global Milk Quality Expert Forum is a group of independent experts from academia and practice facilitated by Boehringer Ingelheim’s global udder health team. Its aim is to discuss and share thinkings and learings on new or important topics related … 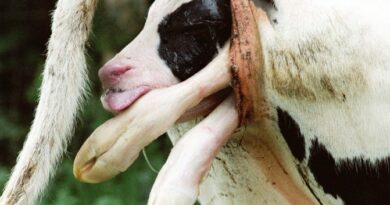 The effect of mastitis on reproductive performance

Mastitis and infertility are the two most common disease complexes in dairy cattle worldwide. Both are multifactorial in nature, are a major reason for culling and have profound negative effects on the profitability of a farm…. This content is for...